We were not a big fan of the Krylon Rubberized Undercoating it didn’t adhere well to the frame. This may be due to the POR-15 coating we used prior in their defense.

This is a 2000 GMC Sierra 1500 that we purchased used and are replacing the frame on. Once finished the plan is to keep it for personal use. We will continue posting updates as we work on it. 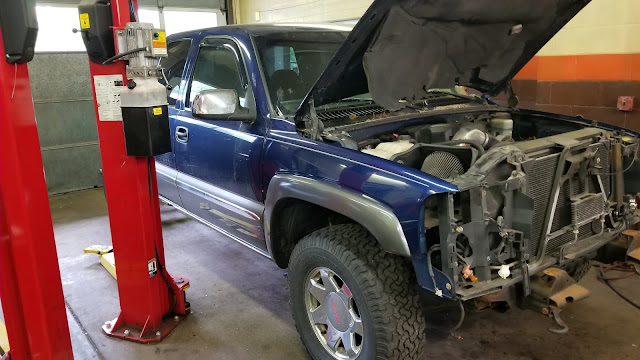 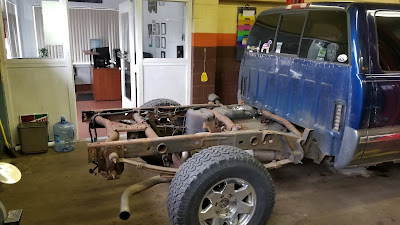 The existing frame is heavily rusted and the shock crossmember had actually broken off the frame. 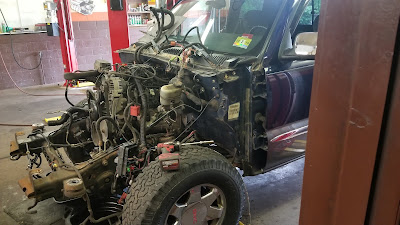 We removed the hood, front fenders and radiator support to inspect for rust and lifted the cab off the frame. The radiator support and body mount bushings were totally worn out and need to be replaced also. 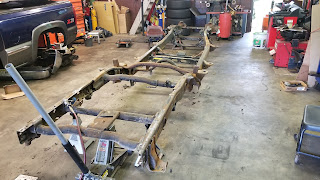 We purchased a used frame with minimal surface rust. After power washing we painted with POR-15 to seal and prevent rust.


Applied rubberized undercoating to complete the frame. We also cleaned the rust off the transmission crossmember and torsion bar crossmember and spray painted. New torsion Bar Mounts were needed.

We've removed the engine, transmission and transfer case from the old frame. 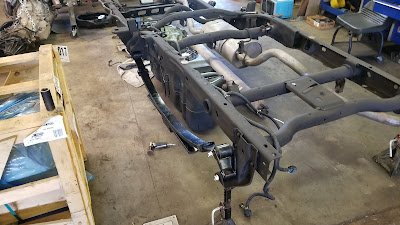 The exhaust was also transferred over. This was left as is since it was in good shape.


The old fuel lines had rotted out so all new lines are bolted on. Below you can see the new Fuel Line, Pressure Return and Vapor Line Assembly. 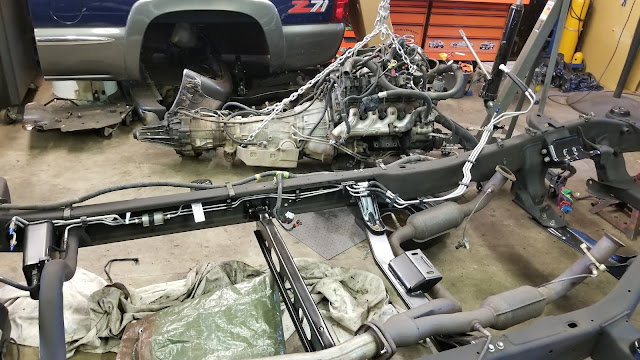 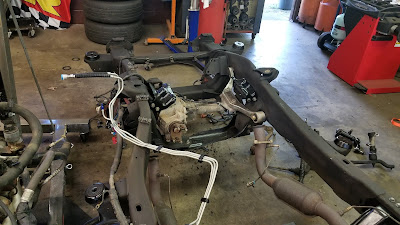 We power-washed the front differential and installed it onto the frame.

The existing fuel tank was cleaned and installed along with a new fuel pump assembly. The charcoal canister, a part of the emissions system, was also replaced. The fuel pump failure caused the original canister to become saturated. 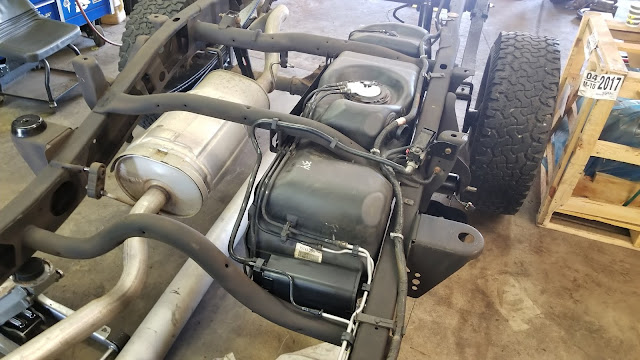 New rear shocks were added. You can see the right rear shock in the picture below. 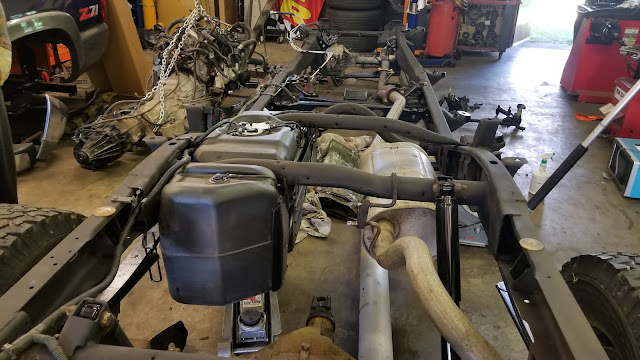 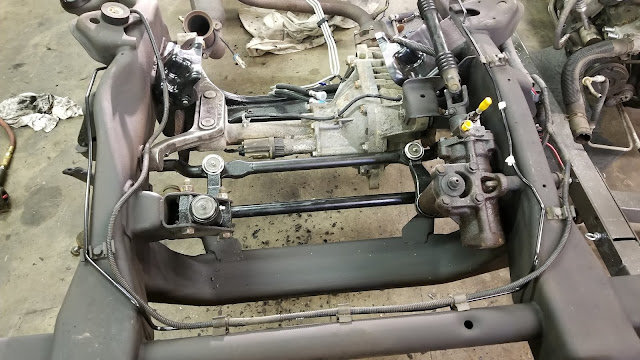 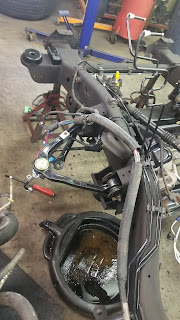 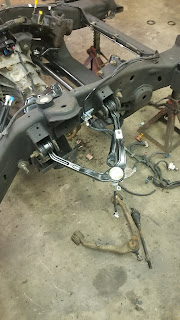 
New Brake Lines. The old lines had a lot of rust so we replaced just to be safe. 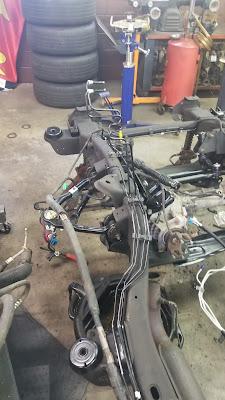 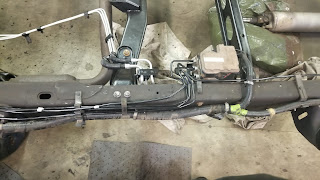 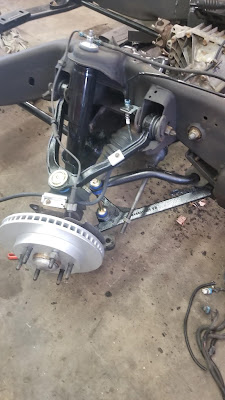 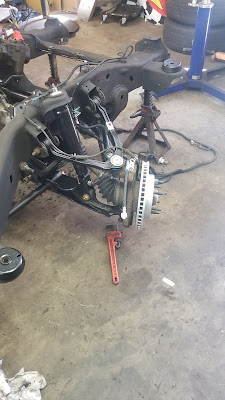 Engine, transmission and transfer case are installed on new frame.
New calipers on the brakes are also shown here. 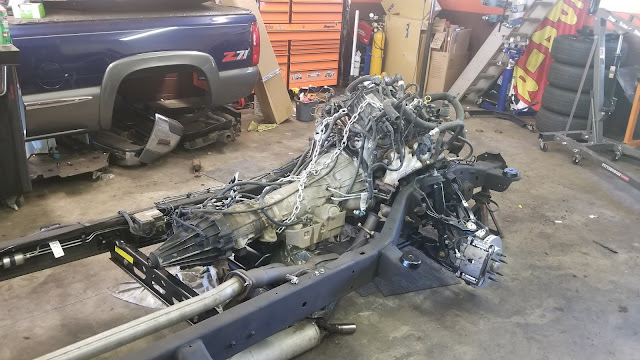 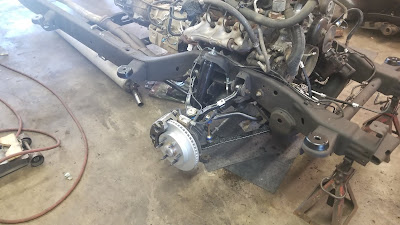 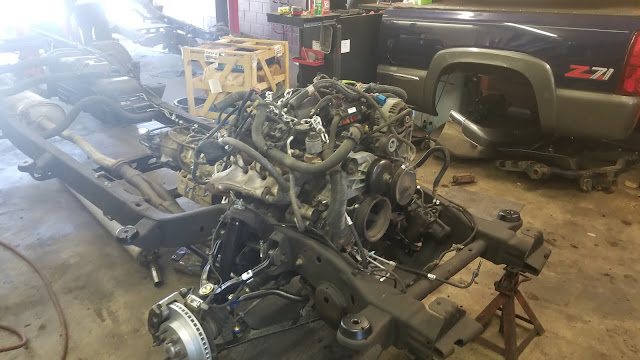 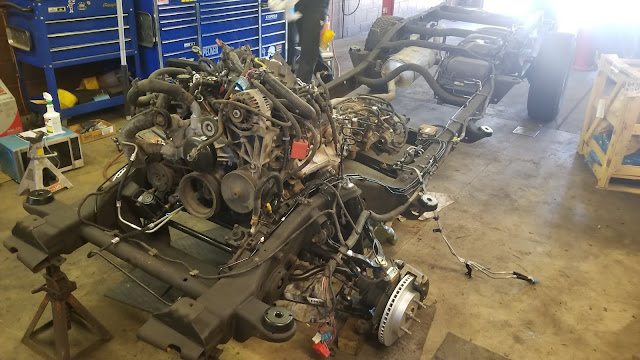 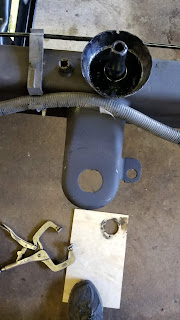 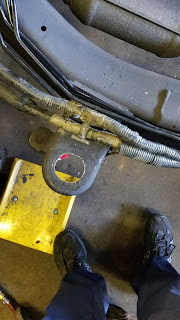 This is a Canadian built truck which was only manufactured for 2 years between 1999 and 2000 and we were not able to find the correct bushings for this frame.

The original frame holes were 40.8 millimeters.

The holes had to be altered to accept the 52 millimeter bushings that were available for this style of truck. 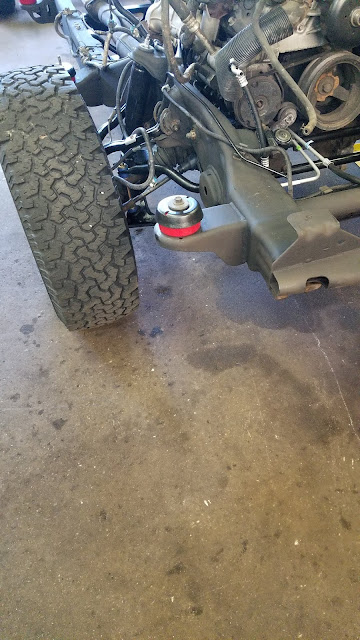 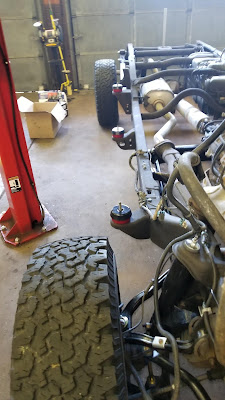 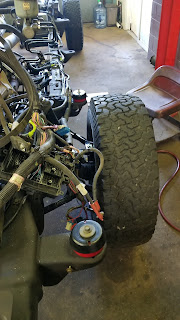 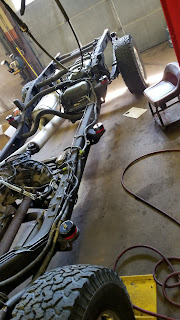 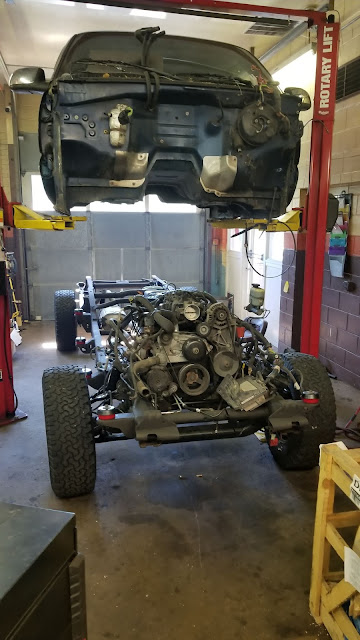 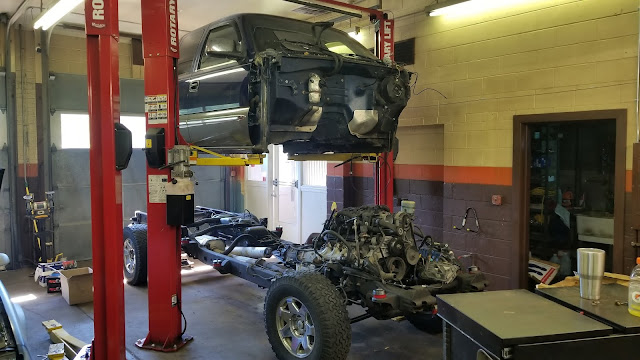 The cab is lowered on to the frame assembly and the bushings are torqued to spec. 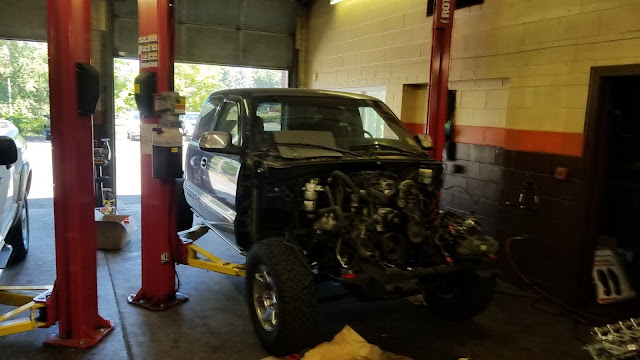 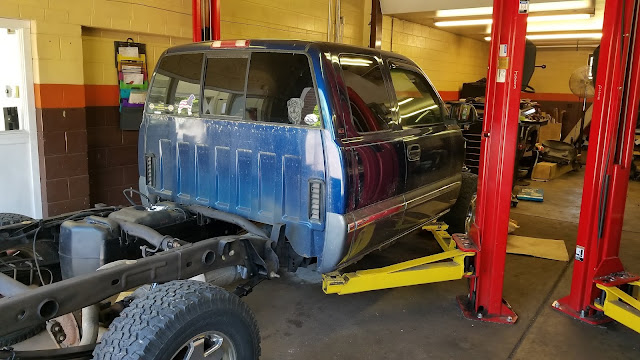 Pictures of bed assembly, fenders and front grill coming up.